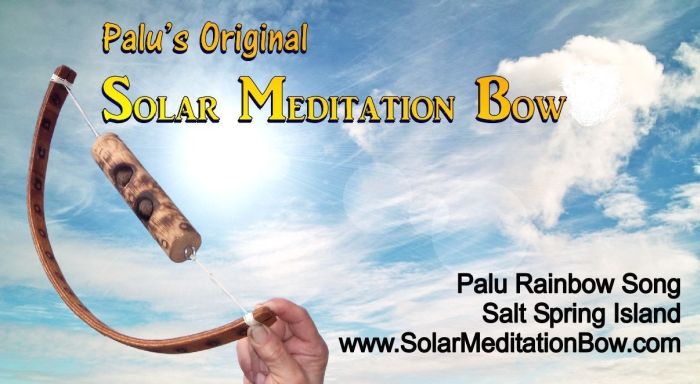 In fact, it "hits a home-run" out of the park every time when compared with the average kaleidoscope because you are instantly beamed to an interesting and awe-filled world of colors and patterns that almost feels like "time travel" within the mind! Palu’s "Solar Meditation Bow" is what "The world has been waiting for," he told "The Dragons" on the most popular TV show in Canada called, "The Dragons’ Den!"

When Kevin O’Leary exclaimed, "You really have something there!" Palu answered, "Yeah, it’s the real deal!"

It was 2013 when I was on "The Dragons' Den."  The year is now 2019 at the time of updating this page about my kaleidoscope.  Kevin is now off the show as well as Bret, Bruce and Arlene.  Others have replaced them.  Jim is still on the show.

The episode I was on (Episode 6, Season 8)... rather, "my Solar Meditation Bow Pitch," has now become the most widely watched episode in "Dragons' Den History!"  It is constantly being re-run over and over again with the old Dragons on it.

You still have an open invitation to come to Salt Spring Island and visit me here (especially in the summer time) and try a demonstration by me of my Solar Meditation Bow for yourself!  It will not disappoint!

You Still Have One More Chance To Buy!

This website and pages are a work in process,  *(This website does not condone nor allow bullying of any type and is a "bully-free zone.")